The Saskatchewan Residential School Memorial was dedicated on the grounds of Government House on National Indigenous Peoples Day, June 21st, 2022.

“The Memorial is more than the physical elements. It is a spiritual place where survivors and families can honour the children, and where our community can come together to learn and heal. I deeply appreciate the discussions I have had with Elders, knowledge keepers, survivors and their families. The Memorial is entirely based on these discussions.”

Lieutentant Governor of Saskatchewan, His Honour the Honourable Russ Mirasty 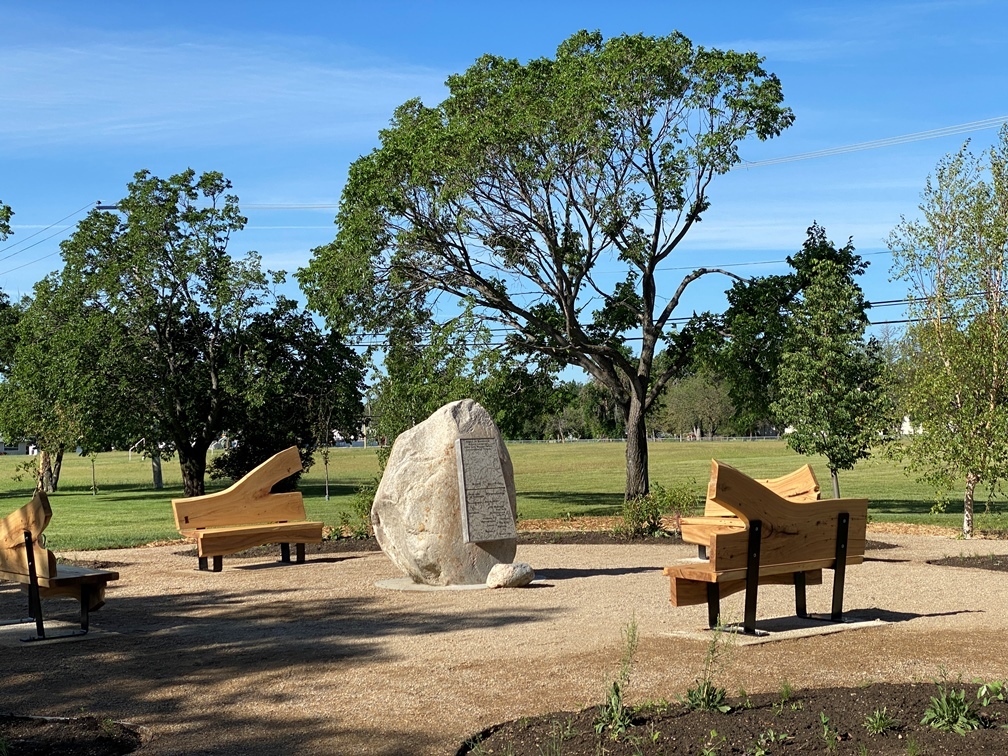 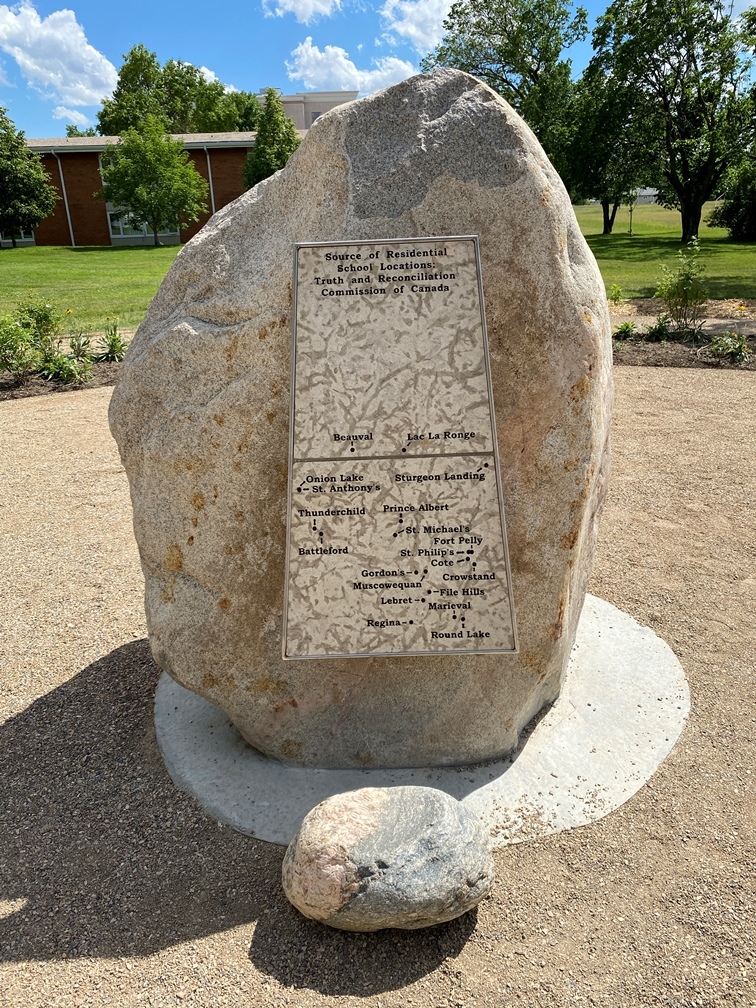 The Memorial fulfills the Truth and Reconciliation Commission's Call to Action #82, which recommends installing a publicly accessible, highly visible, residential school memorial in each capital city to honour survivors and all the children who were lost to their families and communities.

The Memorial is a tranquil space that is open to the community. The community can gather here to pay respects and never forget the tragic past. It is a place to help provide healing through education, reflection, and conversations and to honour those whose lives were lost in Residential Schools, the survivors, and their families.

Elders and survivors were involved in every step of the construction and development process to honour traditional practices. The Memorial acknowledges the earth and symbolizes the circle of life. It incorporates elements from around Saskatchewan that are symbolic and encourage healing. It includes traditional plants and trees, benches constructed from reclaimed wood from Wascana Centre and placed in the four cardinal directions, and four pathways leading north-to-south and east-to-west.

A large central stone, selected by the Lieutenant Governor from Treaty 4 Territory, depicts the province and the locations of each former residential school. A smudge stone lies in front for ceremonial purposes.

The residential school system operated in Canada for more than a century. The federal government reports that 150,000 Indigenous children were removed and separated from their families and communities to attend these schools. The TRC estimates that approximately twenty federal residential schools operated in Saskatchewan from the 1880s to the 1990s.