I belonged to Sir Richard Lake, the third Lieutenant Governor of the Province of Saskatchewan. I was not worn every day, but rather for important occasions like the swearing in of the Lieutenant Governor, the opening of each session of the Legislative Assembly, and the New Year’s Day Levée. This means I saw some of the most memorable and important events in Saskatchewan. I now have a place of honour in the museum collection at Government House.

I am very heavy because I am made of wool. The leaves across my chest, collar, sleeves and down my coat tails are embroidered with gold thread. My buttons are adorned with the Saskatchewan Coat of Arms. I also have a beaver hat with ostrich feathers, a cape that accompanies the jacket, a pair of dress pants, a scabbard and a sword that go with me to complete the uniform. 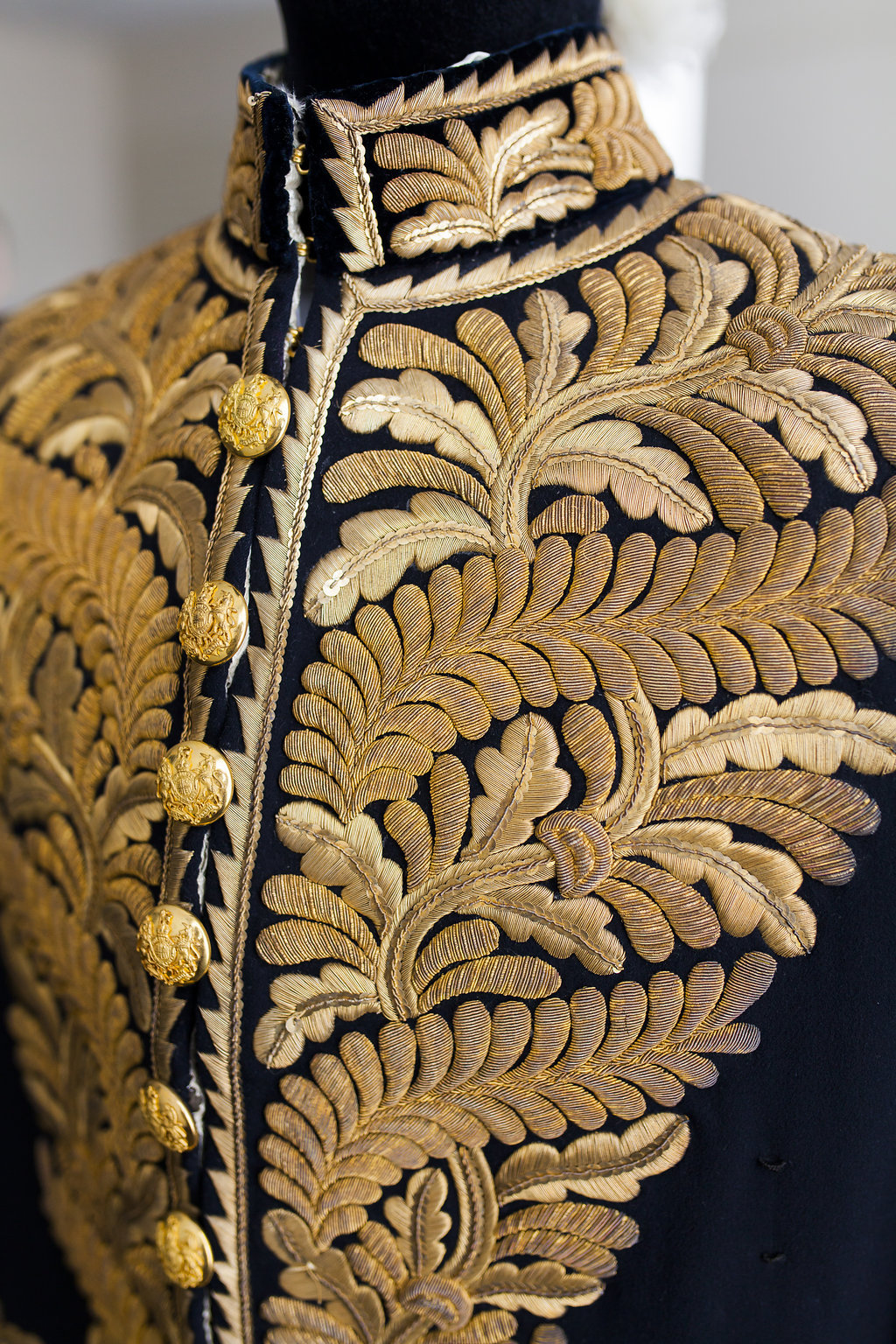 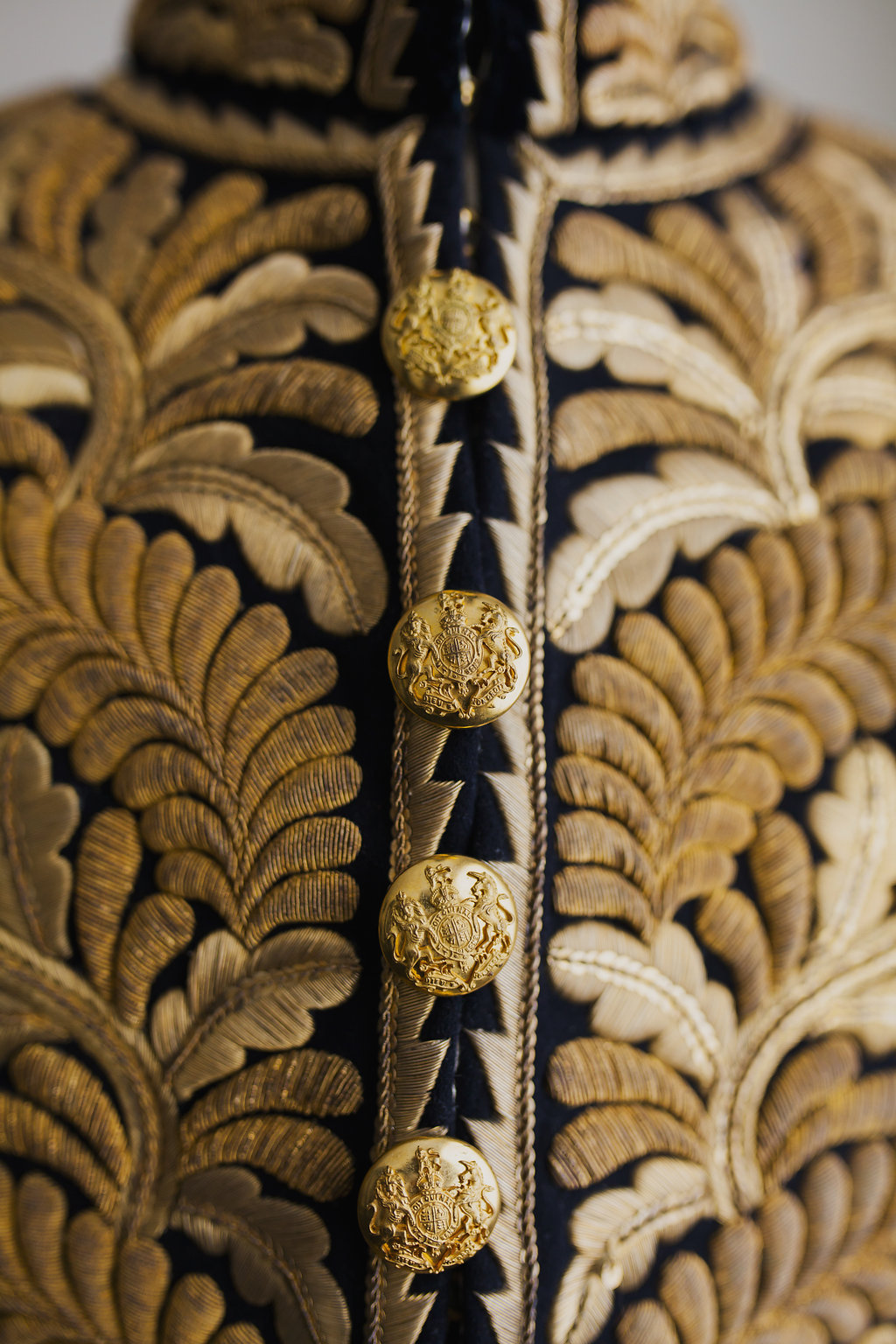 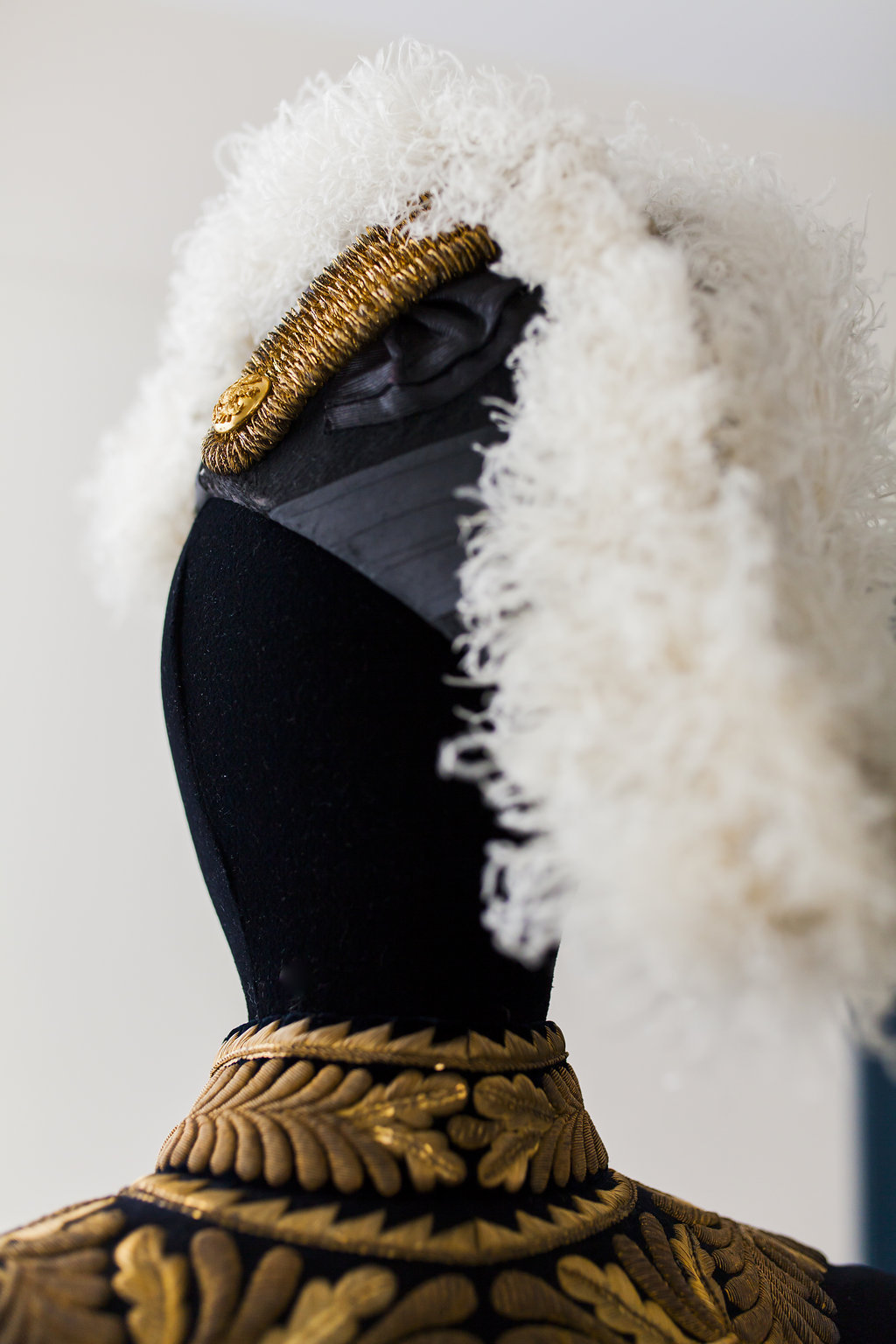 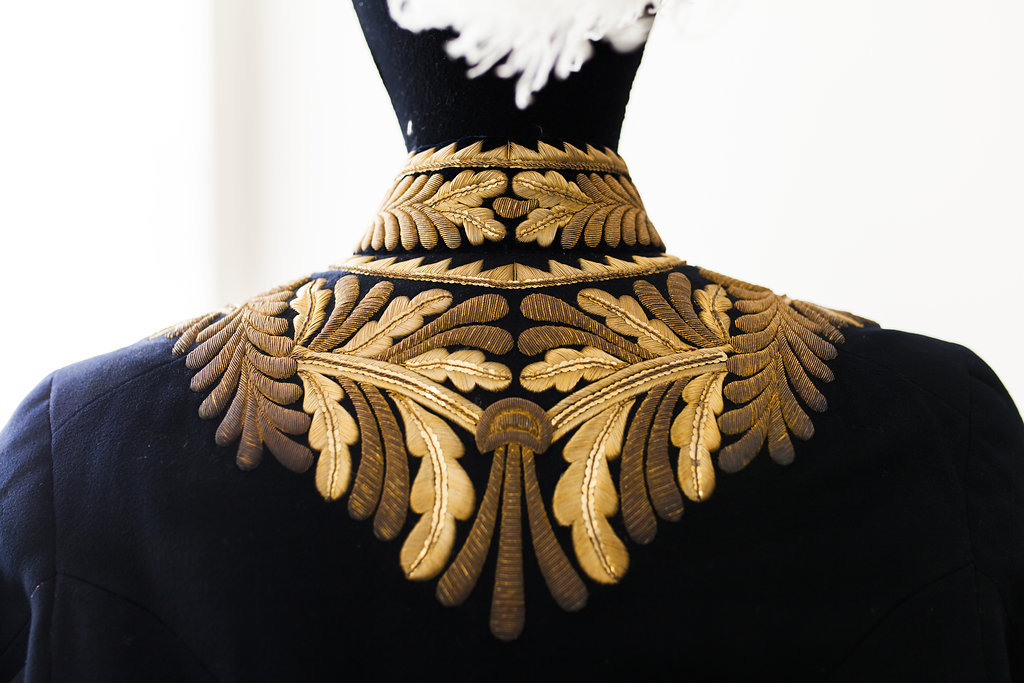