Since then, it’s been a long and winding journey for us to return home. Along with some other furnishings, we were taken into storage at the  Legislative Library, instead of being sold in the auction. In 1948, we were sent back to Battleford and were displayed in the Mounted Police and Indian Museum, now known as Fort Battleford. In 1989, the museum changed its focus and we were shipped back to Regina and again into the Legislative Library storage. For five years, we longed to return home and were finally transferred back to Government House in 1994 to preside at the entrance of the main hall. For all that moving around, we’re still in pretty good shape, wouldn’t you say? 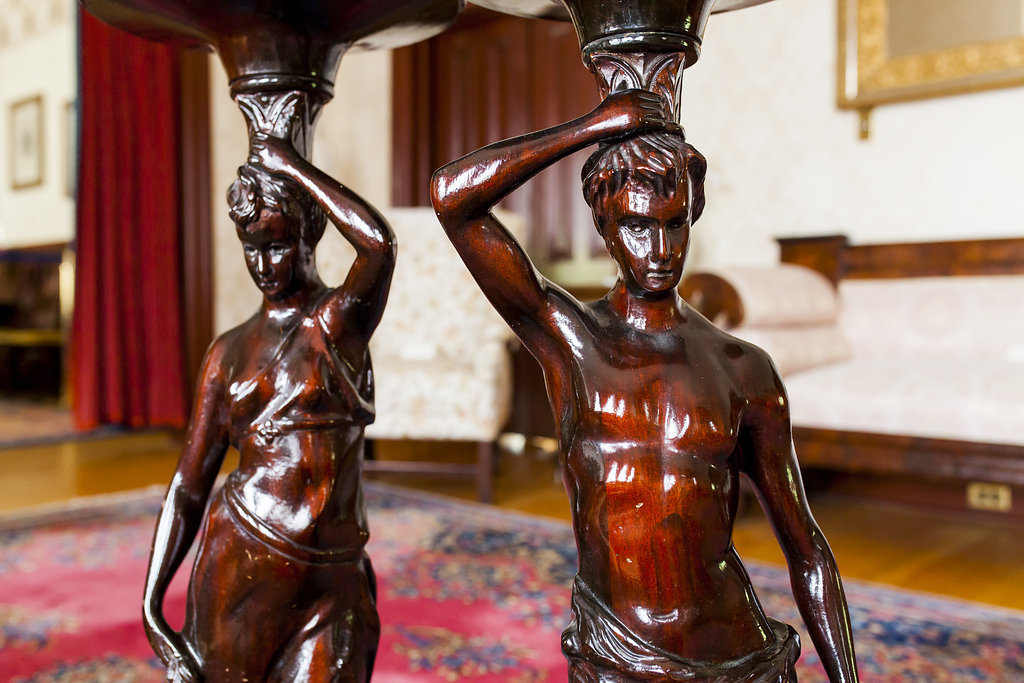 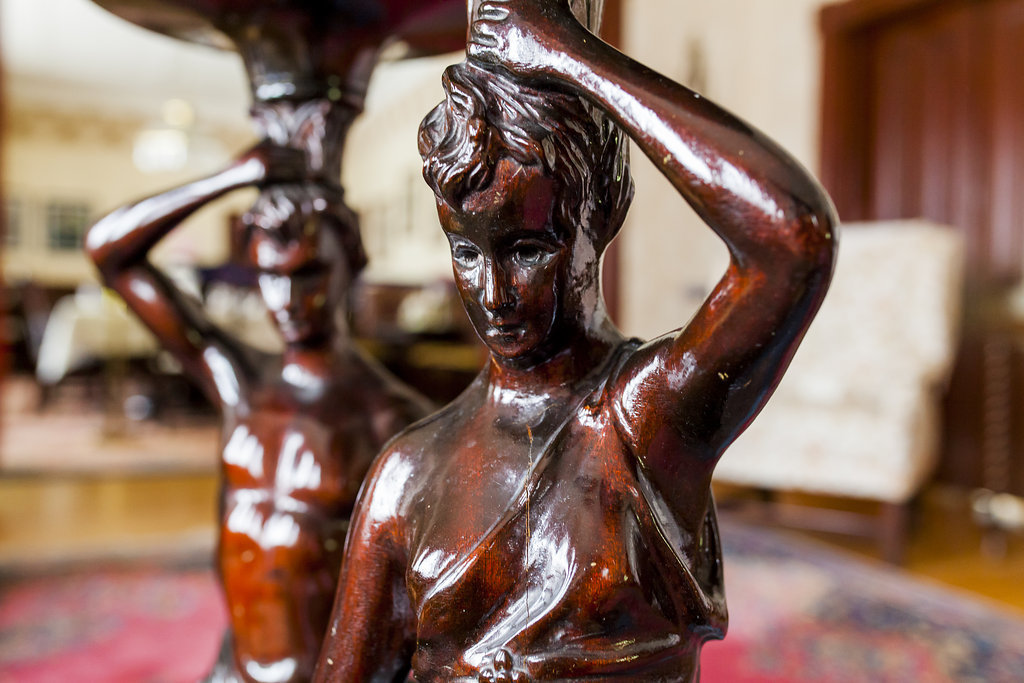 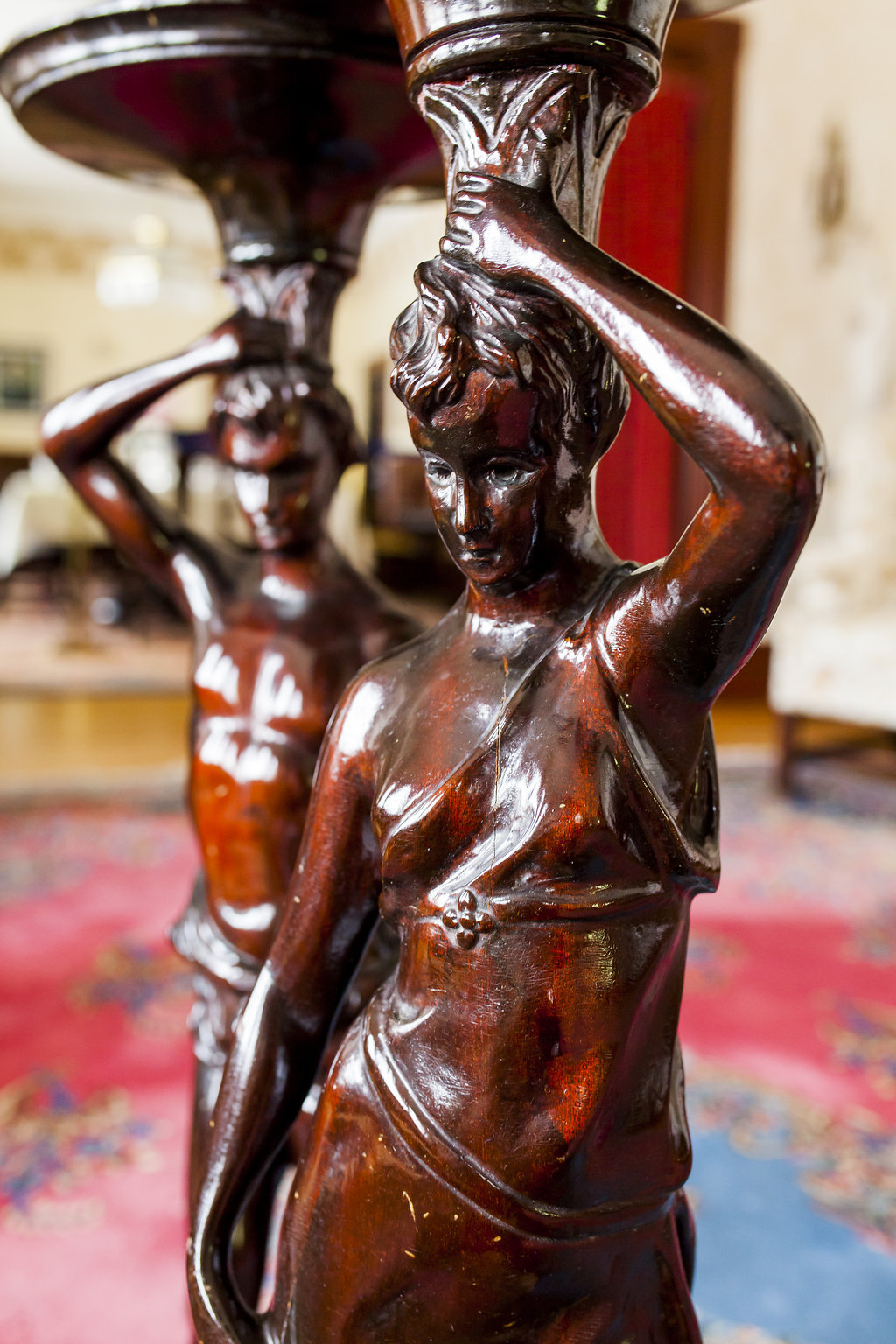 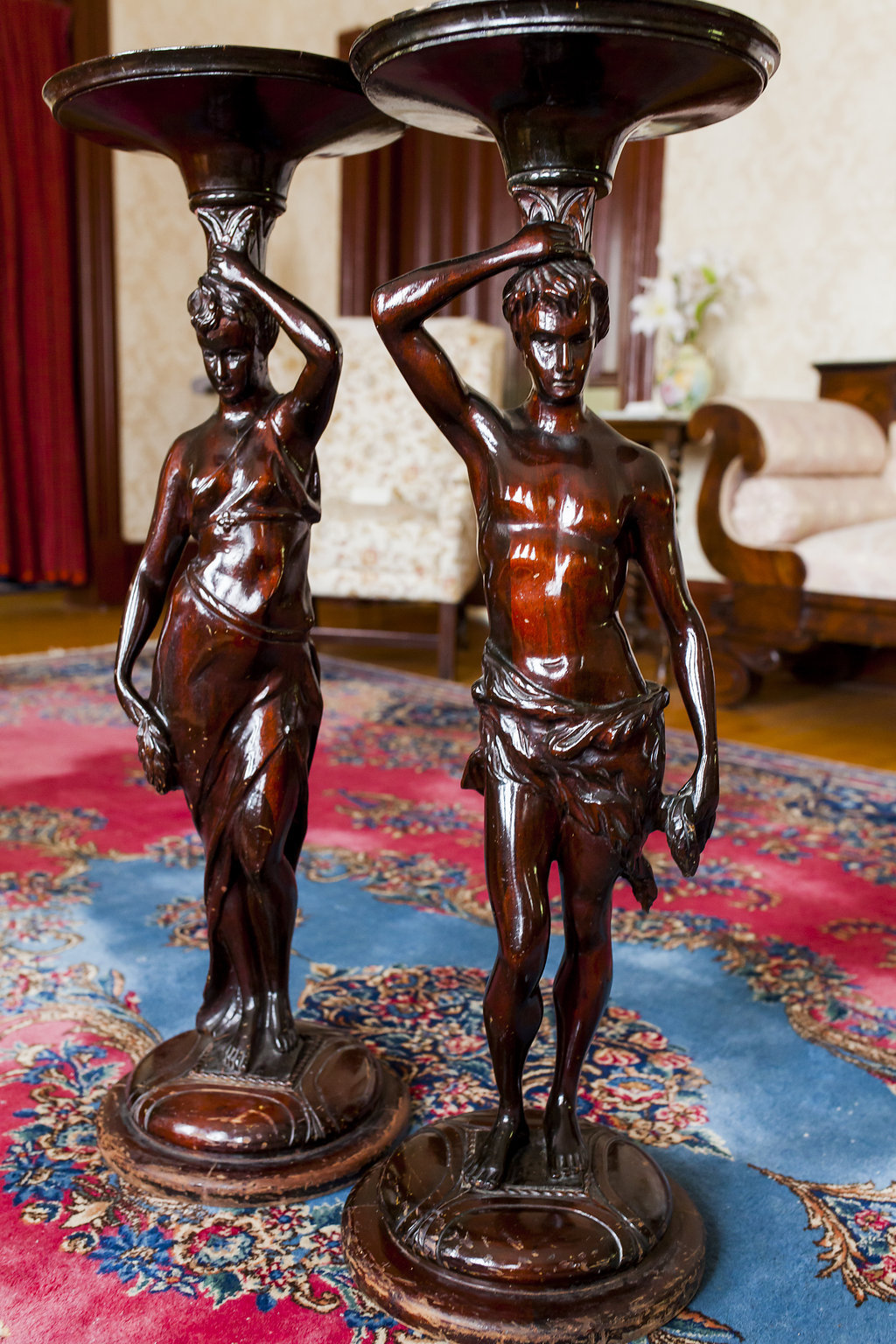