Aha! I see you there, admiring me from down below. Aren’t I a wonderful work of art? I was created by Louis-Philippe Hébert, who was the first Canadian-born commemorative sculptor and whose works are most prominently displayed in front of stately buildings, including the Parliament Buildings in Eastern Canada. I was never intended to be hanging on this wall. In fact, I was given as a gift to Mr. Justice Street, a friend of Lieutenant Governor Forget’s. After his passing, Mr. Street’s family kindly returned me to my rightful place.

Actually, I have a little secret to tell you…I have a twin! He was also created as a gift for the Commissioner of the RCMP in 1905, Mr. A.B. Perry.  Although, I don’t know my brother’s whereabouts anymore, we were brought back together for a brief time in 1945, as we were tucked away in storage in the Legislative Library. I was brought here in 1984 to be put on display to the public, as I should be! 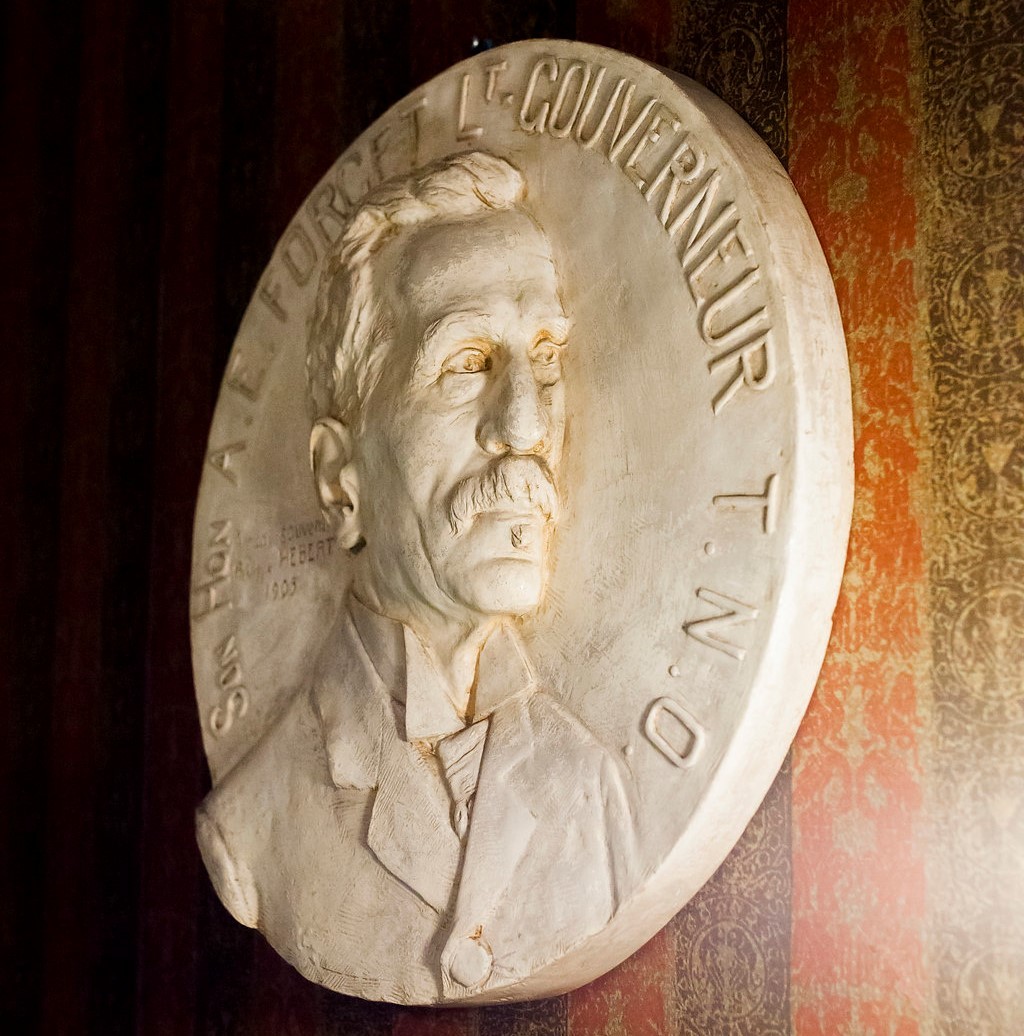 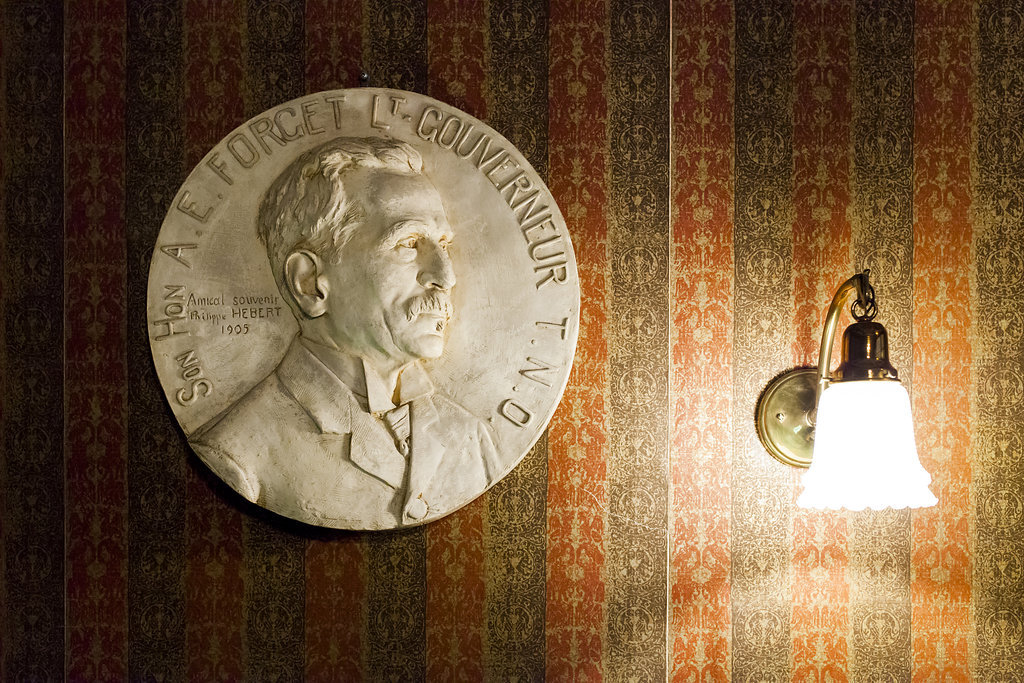